Politics in the Workplace: Do You Need a Policy? 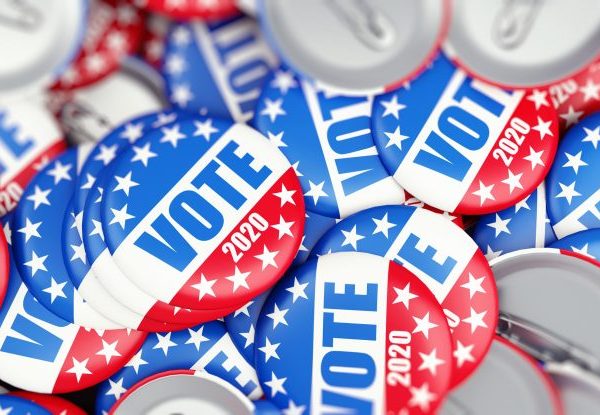 With the 2020 election quickly approaching, it’s more likely than ever that political talk will make its way into the office. It is HR’s responsibility to ensure that the workplace remains a safe, open environment for all employees, regardless of their political leanings.

A new survey, conducted online by The Harris Poll among over 1,200 employed adults, reveals that while U.S. employees prefer to keep politics out of work, most find they nevertheless still engage in political conversations in the workplace.

Here are the findings:

Furthermore, recent data from the Illinois Technology Association found 79% of respondents’ companies do not have a policy in place around communicating about politics at work. HR may find themselves having to consider if creating a policy is the right move for their company.

“There’s a lot of opportunity for companies to get out ahead of potentially sticky situations with some thoughtful guidelines for respectful political dialogue in the workplace,” says Julia Kanouse, CEO of ITA. “For example, a policy that prohibits the display or distribution of political materials, will keep political affiliations more private and might help keep conversations more neutral.”

For those of you in HR who are passionate about the 2020 election, here are a few dos and don’ts for talking politics in the office.

1. Know Your Audience.
Before launching into a conversation about politics at work, it’s best to do a check-in with those around you to see if your colleagues are willing to have a light conversation. Get a clear sense of who you’re engaging with and make the conversation optional.

2. Engage in Curious Dialogue
Approach the conversation with genuine curiosity, instead of looking for an argument. If you’re trying to start a conversation with a colleague whose perspective you know to be different than your own, come from a place of curiosity. Consider saying, “I know we’re probably on opposite sides of the issue, and I’m really curious about what you think.”

3. Politely Leave Tense Conversations
If you are wary of political conversations or if you sense that a conversation is veering off course, it’s important to have a palette of language that you can use to exit conversations you don’t want to participate in. Consider saying, “I’ve put myself on a news break. I need to step away sometimes as it’s refreshing to get a hiatus.” Alternatively, you can say, “This is an important conversation, but I’m not sure it’s right for me.”

Politely leave conversations that you don’t want to be involved in, and respect others’ needs as well, especially if you know that a colleague is not open to these kinds of conversations. Respect is the key to making this work.

4. Focus On Common Ground
While you and your co-workers may not always agree on politics, you probably have core values that you share. Get back to those basics that bind you together. While you may not agree on the party or candidate that you support, you may find common ground on your shared support of Veterans, for example. Work with your colleagues on a project that reminds you that you’re all in this together. Because, despite your differences, you are.

If a disagreement turns into personalized attacks, the best course of action is to try saying something like, “The tone of the conversation is not appropriate for work and it’s no longer heading in a good direction. Let’s get back to work.”

2. Use Work Communication Tools to Promote Your Political Beliefs
In the era of Slack, Google Hangouts and Jive, it can be easy to share an article about the upcoming election or your favorite (or not so favorite) candidate. However, this can be problematic for your colleagues. Creating a safe and secure work environment is paramount, and political conversations on the company Slack channel can make team members feel alienated or attacked.

3. Demonize the Opposing Views
Politics can be very personal and many people tend to hold tight to their beliefs. However, when emotions run high it’s imperative not to demean or vilify those who may hold views that differ from yours. There are consequences to alienating your colleagues who you work with every day. After all, any conversation or behavior that distracts from productivity and cohesion doesn’t belong at the office.