Inappropriate Interview Questions and How To Tackle Them Like a Pro 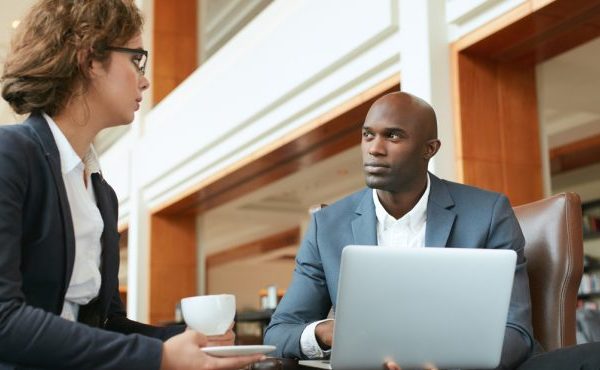 As if the interview process wasn’t anxiety-ridden enough, job seekers must stay vigilant for the occasional inappropriate question. We’re not talking about the blatant, jaw-drop-inducing questions that will make you want to run out the door. No, instead, we’re referring to the subtly awkward questions that make you furrow your brow in confusion.

Here are eight examples of subtly inappropriate interview questions that should cause you to raise an eyebrow of concern. But, because you’re a pro who is prepared, you’ll be equipped with expert advice for how to handle anything that comes your way.

Example #1: “Many of our employees are young guys who put in 14 hours days. Are you up for that kind of challenge?”

Why It Is Inappropriate: Any questions that dig into your age, race, national origin, gender, religion, marital status and sexual orientation are off-limits per state and federal recommendations.

How to Handle: While it is against the law for a recruiter or hiring manager to ask your age, job search expert for The Balance Alison Doyle says, “Hiring managers are allowed to ask whether you can handle the workload and the schedule. When responding, you can leave the age part out and discuss how you’ve worked in the past, what type of schedule was involved, and explain how you can handle the challenges of this role. Remember, if long hours aren’t what you’re looking for you don’t have to take the job if you get an offer.”

Example #2: “Congratulations on returning to the workforce. Given your family, do you need a flexible schedule? Are you planning to have more children?”

Why It Is Inappropriate: A question about family should be a no-no but, alas, a naive interviewer, or worse, one that does not value women in the workplace may still ask them.

How to Handle: “A polite way to respond to questions about children is to answer that you’ll be able to perform all the duties of the position,” says Doyle. “It’s answering with a non-answer, but this can be more diplomatic than refusing to answer. The interviewer may not be aware that they shouldn’t ask, and it’s best to keep the conversation positive and focused on your qualifications and skills.” While many parents may be tempted to discuss flexible work schedules in an initial round of interviews, Doyle cautions against jumping the gun. “It’s better to stay that you’re available to work the normal schedule for the job than it is to ask for flexibility this early in the hiring process.”

Example #3: “When did you graduate from college?”

Why It Is Inappropriate: This one is a roundabout way that some interviewers try to hone in on a candidate’s age. Don’t fall for it.

How to Handle: “If you’re asked interview questions about when you graduated or your age, you have a few options for responding. You could answer the question, even though it shouldn’t be asked, if you think that your response won’t hinder your chances of getting a job offer,” advises Doyle. “Another tactic is to deflect the question and say that when you graduated won’t impact your ability to perform on the job. A third option is to mention you’d be glad to answer, but you’re not sure why the interviewer needs to know. That could get you out of giving a direct response. At the least, you’ll discover why you were asked and can opt to respond – or not.”

Why It Is Inappropriate: In addition to this question being uncomfortable and completely unnecessary, state and federal laws make discrimination based on citizenship, national origin, arrest and conviction record, and military discharge status illegal.

How to Handle: “Often, the interviewer doesn’t realize they’re asking something that is illegal and could be perceived as offensive. It’s no excuse, but they may think they’re just making friendly conversation,” says career coach Angela Copeland. While some experts would advice job seekers to confront the interviewer, Copeland offers an alternative. “It’s more important that you note the question in your mind than exactly how you answer. After the interview, take the time to think back. Was the hiring manager biased? Would you really want to work for them? When it comes to responding to a question about where you’re from, try an answer that’s a bit vague, such as, ‘I’ve lived in a number of different cities, but I’ve been in San Francisco for five years. It’s great!’”

Example #5: “How can my company be better at recruiting people of color?”

Why It Is Inappropriate: While it may be sincere, this question is inappropriate because of the timing. A job interview is not the time for a hiring manager to get input on his or her diversity recruitment strategy, and a candidate should not be obliged to answer simply because they may be an ethnic minority.

How to Handle: “In the moment, it can be best to try to move through this potential pitfall as gracefully as possible. But, afterward, take the time to reflect on your feelings and whether or not this is someone you want to work for,” advises Copeland. “A potential answer to this uncomfortable question might be, ‘You know, I don’t have much experience in recruiting, since I’m an engineer, but I’m so glad to hear you value diversity.’ Answer the question quickly so the conversation will move to something more relevant.”

Example #6: “Tell me about your disability and how it has shaped you?”

Why It Is Inappropriate: The Americans with Disabilities Act makes it illegal for employers to discriminate against qualified job applicants and employees based on their physical or mental disabilities. This includes asking questions about a candidate’s disability.

How to Handle: “If this happens to you, try something such as, ‘I think what you’re trying to get at is how well I’ll do in this role. I have to tell you, my past experience in project management perfectly aligns to what you’re looking for. I’m incredibly committed, and so excited at the opportunity to help you and the company move forward with this project,’” says Copeland. “Think of the way politicians on TV answer questions. Answer the question you wish they’d asked. Turn their question on its side a little, and explain again why you’d be a great fit. But, don’t forget to take a mental note.” Whether a question crosses the line is a personal and subjective decision. “If the hiring manager does ask you something illegal, just remember, they’re giving you a heads up that they’re probably not someone you want to work for. It’s much better to know now, than a few months into a new job.”