Blockchain Is Revolutionizing The Hiring Process 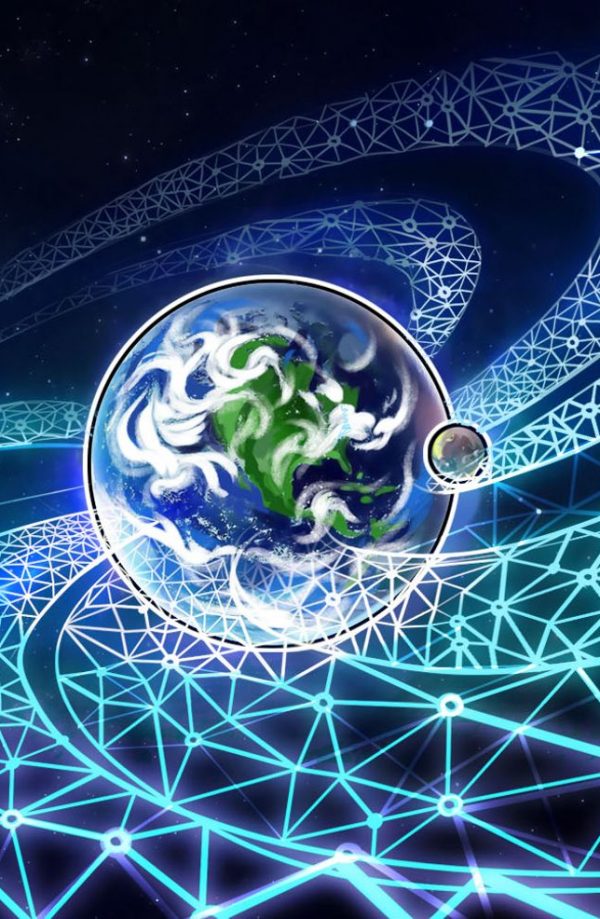 Over the past few years, blockchain technology has advanced from a niche innovation that was admired by a few people in the tech scene into a monolithic market behemoth that everyone, everywhere is investing heavily in. Despite the fact that blockchain is becoming a common part of business operations everywhere, however, many managers and small business owners are completely unfamiliar with the impressive ways that blockchain is revolutionizing the hiring process.

The way that blockchain technology promises to thoroughly vet employees to help companies find the best workers possible is underappreciated right now. Here’s how blockchain is revolutionizing the hiring process as we know it, and where this technology is likely to go in the near future.

Anyone who’s gone through the arduous process of finding the most talented workers in your industry understands that hiring can be ludicrously expensive when it’s done right. This is because it’s a time-consuming process that demands a certain expertise, and those companies which end up cutting corners when it comes to hiring new talent usually fail sooner rather than later. Rather than allowing your business to wallow into insignificance because you can’t find the most talented workers for the job, it’s worth considering the ways that blockchain technology is helping employers find qualified individuals whose backgrounds can be thoroughly scrutinized with the help of blockchain.

Secure blockchain applications will soon have plenty of information about job candidates that employers can securely review, for instance, making the trustworthy verification of employment information a breeze for companies large and small alike. This is a huge boon to small businesses, who currently don’t have the resources or time to hire as extensively as many corporate empires do, so expect blockchain to help level the commercial playing field in the near-future. As blockchain continues to change the recruiting game, we’ll see specialty startups appear that are solely focused on helping companies leverage this technology to find the most qualified workers in their area.

Besides helping employers authenticate that job candidates are who they say they are, blockchain technology is also promising to revolutionize the hiring process by changing contracts. In the past, employers and employees arrived at a commercial agreement the old fashioned way, through ink and paper. In the near-future, though, we’ll witness the rise of smart contracts which can be created and updated in real time with the help of impressive blockchain services.

Some ambitious startups have already raised millions in their effort to make smart contracts a mainstream technology, so don’t be surprised if you see these debut in many industries sooner rather than later. While some companies may insist on doing things the old-fashioned way, it’s going to become increasingly obvious that smart contracts will be necessary to secure long-term arrangements with the most talented developers and specialists in the field of IT development.

In order for most companies to tap into the power of blockchain technology, they need to assemble a team of dedicated experts who are familiar with the tech and have some sort of vision for how it can be leveraged for commercial gains in your niche market. Just because the blockchain revolution is taking the marketplace by storm doesn’t mean every company already knows how to assemble such teams, however, and many businesses are struggling right now thanks to a global talent shortage driven by an immense demand for blockchain services. Learning how to create an expert team will thus continue to be an important marker that separates the thriving blockchain businesses from the lackluster ones with no future to speak of.

Don’t think that you can turn to third-party expertise when it comes to assembling your team, either, as blockchain technology is also making the middleman a thing of the past when it comes to the hiring process. While many companies and aspiring startups have relied upon recruiting agencies for years, there are plenty of reasons to believe that blockchain services could cut the recruiter out of the equation for good. Similarly, workers will enjoy more authority over their own careers in the future thanks to blockchain, which will make it quicker and cheaper for everyone, everywhere to find a job.

The impressive ways that blockchain is removing intermediaries in the hiring process is perhaps the most notable way that it’s fundamentally disrupting and revolutionizing recruitment as we know it. This is so fundamentally important because of the savings it will generate for businesses, especially the aspiring blockchain startups that need to pinch as many pennies as possible to make ends meet. With recruiters a thing of the past and workers more capable of vouching for their credentials through blockchain services, the average time to hire will soon dip to historic new lows.

Managers and business owners must keep pace with change

If companies want to survive and thrive despite the tumultuous changes brought about by blockchain technology than managers and business owners must keep apace with change and learn more about blockchain services. Far too many professionals in senior positions have been outsourcing the entirety of their blockchain services to a third party so that they don’t have to master the technology themselves, for instance, which is a poor long-term investment for your company to make.

Sometimes outsourcing is the appropriate method for blockchain development, but companies that are trying to develop their own services for hiring will want to know that it’s complicated when it comes to hiring versus outsourcing. Whatever you do, don’t stop reading, as constantly updating yourself on the ever-changing nature of the blockchain industry is going to become an important part of staying at the top of the marketplace.

Companies which use blockchain will find it takes less time than ever before to recruit employees, that their candidates are more thoroughly vetted, and that they don’t have to pay for expensive recruiters. All of this will lead to blockchain services becoming more widely adapted in a diverse array of industries, much to the benefit of those companies which get a head start on embracing the technology now.